Modern online search engines are good at finding images that depict something tangible, such as for example apples. But the search engines are not so good at finding out what the images are really about – the apple could mean Newton's apple, which is said to have inspired him to discover the law of gravity. The network gathers researchers from art history, information technology and linguistics to develop better search engines, which not only find out what the images show, but also what they are about. Through a newly developed method called CLIP, you can through machine learning and artificial intelligence train neural networks directly on data in the form of raw text and massive amounts of images - that is, already texted images. CLIP is based on 400 million images from the web that are linked with their respective captions. The method allows a neural network itself to figure out what is what in the image. The network would like to improve the CLIP system through richer and more specialized descriptions.

The digitalisation of society- the integration of social media platforms, blockchain technologies and AI-based systems - has vast implications for political life. It shapes election campaigns, public opinion, and how people participate in politics. More subtly, it introduces new elites, new resources in the form of data, and autonomous technological actors. Such developments raise important questions that hinge on the (re)distribution of political, social and economic power in the digital age. The Research Network on Digital Politics gathers researchers from political science, linguistics, law, information technology and media and communication studies to discuss issues that pertain to how digitalization shapes and is shaped by political practice and the distribution of power, and the values that come into play in attempts to govern, regulate and organise such processes. 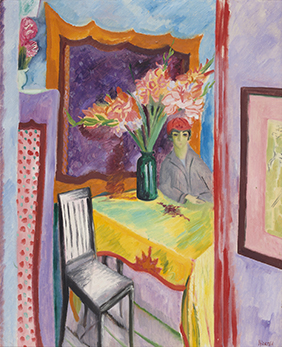 Mental illness is a growing problem in society. Creating interventions to enhance the inner strength of particularly vulnerable groups, and thus enable reversal of a negative development, can prevent chronic illness. The network Inner Strength gathers researchers from psychology, philosophy, sociology, pedagogy, literature studies and theology who will work together with relevant social actors to create a common infrastructure and knowledge bank, as well as develop methods and theories for such interventions. The network’s activities will help alleviate the collective burden of exclusion and psychosocial vulnerability, and improve people’s opportunities to develop their well-bring and realise their potential, for their own as well as for the common good.

Heritage is a phenomenon in perpetual movement and under constant negotiation. Heritage Transformations explores how these processes can be understood from a multidisciplinary perspective. The network gathers researchers from an array of different academic disciplines, such as gender studies, archaeology, cultural geography, law, history of ideas, linguistics and musicology. The goal is to strengthen the conversation about heritage at Uppsala University as well as to contribute to the national and international discussion with new theoretical and methodological perspectives. The participants will work on a manifesto and an edited volume. In order to reach a larger audience, the network plans to produce a series of podcasts.

Pod: How to Heritage

The current global and industrialized food system is not sustainable, and the food we produce and eat accounts for a significant part of greenhouse gas emissions. The concept of local food is said to be a way to reach sustainable social, economic and ecological solutions. The network Organizing Local Food gathers researchers from informatics and media, business studies, organization and entrepreneurship, sociology, political science and geoscience in order to study the complex socio-cultural contexts that makes local food what it is. The network supports the development of new research initiatives in collaboration with relevant social actors such as farmers, food artisans, vendors, consumers and decision makers, as well as researchers with interest and knowledge in the field.

Racism and Discrimination in Swedish Schools *

Coercive care means a limitation to a person’s fundamental freedoms and rights. Despite the many similarities and overlaps, research on different forms of coercive care tend to be studied as separate phenomena. The network Forms of Coercive Care gathers researchers from law, ethics, psychiatry, social work, criminology and psychology in order to formulate common research questions and learn from each other. The network also plans for an anthology on the forms and challenges of coercive care.

Who were the Indoeuropeans and what did their cultural expressions look like? These are questions that have engaged researchers since the 18th century and that have gained renewed relevance in later years due to the implement of new technologies. UNI-CULT - Uppsala University Network on Indo-European Studies of Cultures, Languages and Traditions is a network that spans the disciplines of archaeology (including archaeogenetics), linguistics and history of religion. The goal is to create a creative and long-lasting platform for interdisciplinary Indoeuropean education and research at Uppsala University. Through workshops and seminars where junior and senior researchers meet, they create new possibilities for career development and research projects. 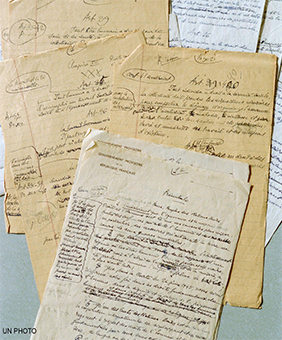 Human rights is a cross-cutting research field that explores issues ranging from political and philosophical perspectives on how we can understand “rights” as a concept and how rights are legally regulated, to how rights are applied and (can be) practiced in different parts of the world. It also investigates theoretical and practical consequences for the living conditions for those who are, or are not, considered as rights holders. The Uppsala Human Rights Research Network gathers researchers from law, theology and political science with the aim to highlight existing research on human rights at Uppsala University and to create conditions for new research, both through grant applications and through applied analyses.

Today, questions about cultural objects’ geographical origin and afterlife, crafting and materials can be answered using advanced technical instruments. The Uppsala Technical Humanities Network gathers researchers from art history, archaeology and chemistry to help researchers find the right methods for their analyses. By connecting several different disciplines, departments and domains, the network spreads knowledge of new possibilities for technical analyses of objects, as well as enables new patterns of collaboration between the Humanities and the Natural Sciences. A goal for the network is to create an information guide where scholars in the Humanities can find the right support and analytical method for their research question.

What role do consumers play in the transition towards a fossil free and sustainable energy system? USER – Uppsala Smart Energy Research Group gathers researchers from industrial engineering, information technology, psychology and statistics in order to increase our understanding of consumer behaviour and motivation in relation to energy systems transitions. The goal is to create synergies between different research strands that lead to collaborations, and in the future will lead towards an interdisciplinary knowledge center. The network is also focused on mediating research results to the public in general and to the energy industry in particular.