We are living in unsettling times. After much consultation and deliberation, we decided to postpone the Universities Under Siege? conference scheduled to be held in Uppsala 19-20 October. We have reorganised the conference to take place either on 4-5 or 11-12 October 2021. Papers accepted for 2020 are automatically accepted for this year.

We will return in the spring of 2021 with more information about registration and to confirm which date the conference will take place.

We look forward to welcoming you to Uppsala in October 2021, which we hope will  be a healthy and happier time for everyone.

Sincerely,
Professor Sharon Rider, on behalf of the organizing committee

While we wait for the conference to take place

The organizers the 4th annual Philosophy and Theory of Higher Education Conference invite you to a two-part webinar on March 17 and April 21. The webinars – “The University as a Revolutionary Constitution” and “The Persisting Social Structure of Higher Ed. in the Context of a Radical System Change and Expansion” – touch on the main theme of the conference. Read more and sign up for the webinars below, or download the flyer.

While we wait for the conference to take place

The organizers the 4th annual Philosophy and Theory of Higher Education conference (PHEC) invite you to a two-part webinar on March 17 and April 21. The webinars – “The University as a Revolutionary Constitution” and “The Persisting Social Structure of Higher Ed. in the Context of a Radical System Change and Expansion” – touch on the main theme of the conference (read more on https://www.humsam.uu.se/phec2020/about/)

The event is organized by The Philosophy and Theory of Higher Education Society (PaTHES) and Higher Education as Research Object (HERO), a multidisciplinary research network, Uppsala University. The event is free and open to all interested. However, signing up for the event is mandatory, so if you wish to attend, please send an email, with your name, title and affiliation, and email-address to:
phec2020@humsam.uu.se.

THE UNIVERSITY AS A REVOLUTIONARY CONSTITUTION

Yale law professor Bruce Ackerman has recently argued that the US exemplifies a successful ‘revolutionary constitution’. I shall explore the extent to which the modern university as an institution might be understood in a similar light. Three components of a revolutionary constitution are relevant to this reconfiguration of the university: (1) The Constitution reigns supreme, resulting in what John Adams originally called a ‘government of laws, not men’. (2) The Constitution is a social contract across generations, which the parties collectively ‘own’ in the strong sense of its being constitutive of their identities and the source of their sovereignty. (3) The Constitution is elaborated as an all-encompassing exercise in role-playing – as in a game or a drama -- that potentially never ends but nevertheless possesses a clear sense of how one enters and exits a role, and one’s standing within in it at any given time.

The key to regarding the university as a revolutionary constitution is to take seriously Francis Bacon’s early modern attempt to de-centre the medieval universities with an alternative institution of higher learning and knowledge production. The Charter of the Royal Society of London was the realization that succeeded, and it anchored the peer-reviewed, paradigm-driven sense of science that is codified and valorized in, say, Kuhn’s The Structure of Scientific Revolutions. However, Bacon’s private secretary Thomas Hobbes envisaged this alternative institution arguably more in Bacon’s own spirit – namely, as one directly embedded in the terms of the social contract. He saw the nascent Royal Society as potentially providing an alternative source of authority to the Crown, very much in the pernicious spirit of the established church that would sow the seeds of revolt in the future. Hobbes’ objections to the Royal Society can be turned into the basis for thinking about the university as a ‘revolutionary constitution’.

THE PERSISTING SOCIAL STRUCTURE OF HIGHER EDUCATION IN THE CONTEXT OF RADICAL SYSTEM CHANGE AND EXPANSION: THE SWEDISH CASE

Swedish higher education makes an interesting case for understanding the relationship between a national system-level, an institutional level and a student level. At the national level, the rationales are expansion paired with system building and management. This is the level of grand policy-making, and the ideals have shifted from master-planning and centralization to decentralization, marketization and internationalization, radically altering the conditions for the construction and provision of educational opportunities, the funding of higher education and the steering and control of the system. These developments imply a shift in power from the national system-level to the institutional level. At the same time, the uses of the system are surprisingly stable – despite an array of reforms aiming at changing the recruitment, attainment and enrolment of students in favour of a more diversified student population. Of course, the number of students and the share of a youth cohort that enter higher education have increased dramatically since the mid-twentieth century, but the relative social distances within the system have not decreased over time. The overall social structure of higher education persists. The argument developed here is that this stability is related to the massive expansion of higher education as an increasingly important force in social reproduction – for all groups. In fact, it has become necessary, although not sufficient, for obtaining desirable positions in the labour market and social status in general.

On the original dates of the conference, a two-day webinar event was organized. The webinars – “Student Activism and academic freedom” and “Academic experts: on top or on tap?” – touched on the main theme of the conference. 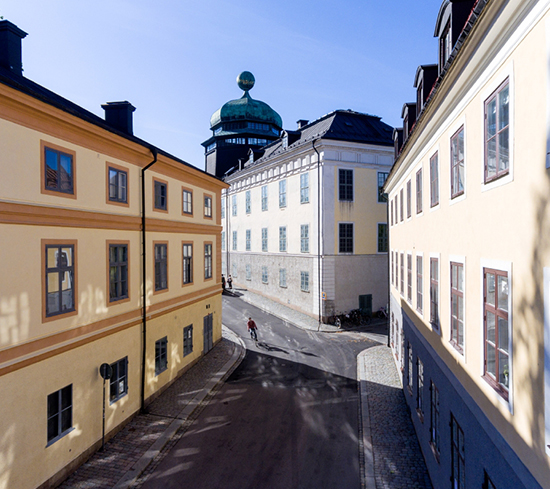 “The crisis of the university” is a familiar topos in contemporary discussions about higher education. It is said that the University is facing untold threats from, inter alia, the anti-intellectualism of populist politicians and authoritarian regimes, the commodification of knowledge resulting from neo-liberal ideas about utility and international competition, the politicization of teaching and learning arising out of identity movements, the fragmenting of the university in response to stakeholder demands, and so forth. This conference poses the question: Is this really the case? And, if so, what exactly is being threatened? 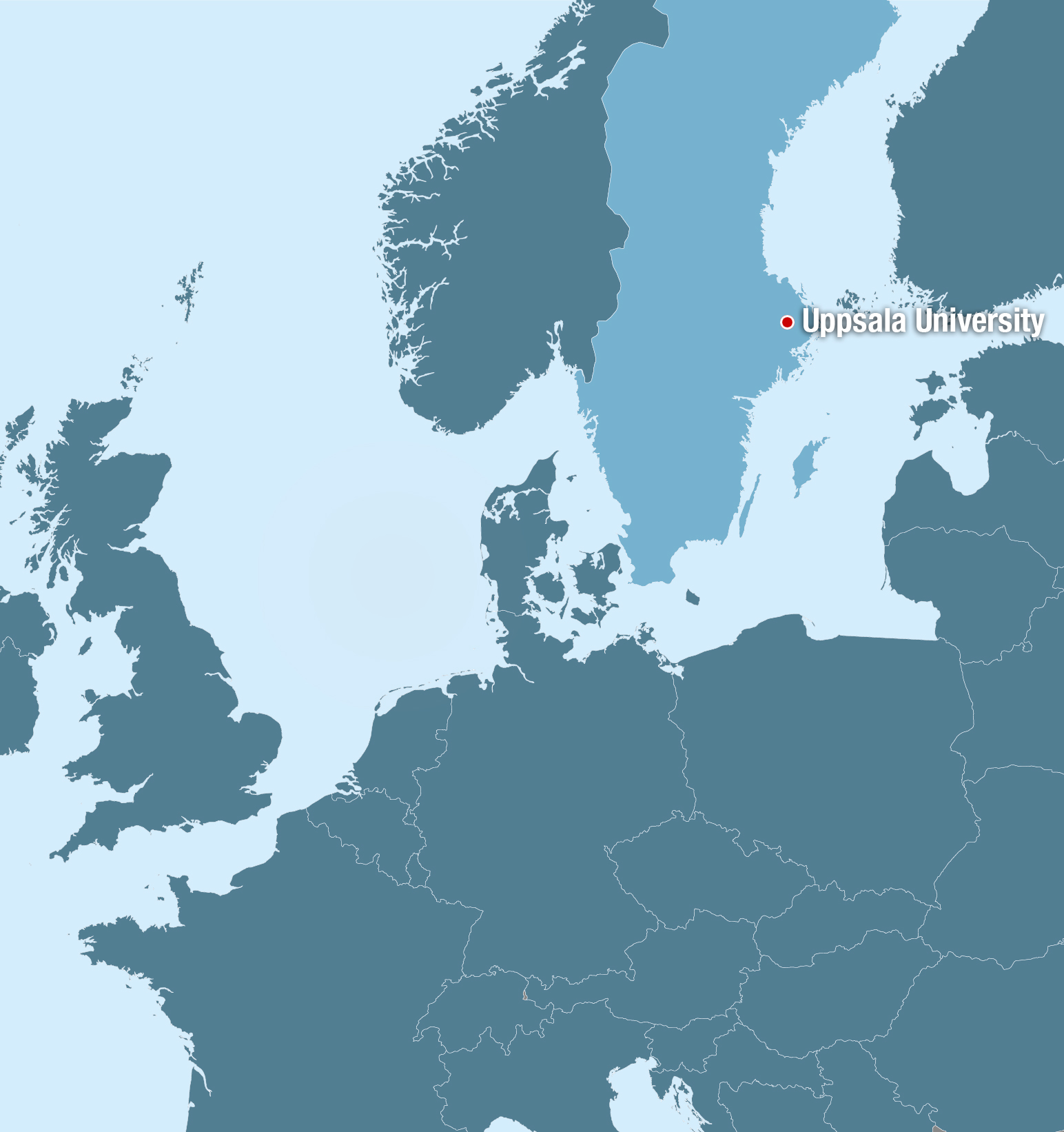 To keep the discussion vibrant and to invite collaborative thinking and learning, we encourage participants to submit works in progress. We welcome abstracts for individual paper presentations as well as for thematic symposia. All abstracts must be submitted by March 20th, 2020. Abstracts should be send as a word-document attached to an email to: phec2020@humsam.uu.se

Registration is mandatory for everyone attending the conference.

The registration fee includes participation in the conference, lunch on Monday 19 October and Tuesday 20 October, as well as refreshments in the breaks.

More detailed information about the registration will be published here shortly.

Centre for Integrated Research on Culture and Society, Uppsala University